Limescale in your kettle

Home » Blog » Limescale in your kettle

Why IS MY KETTLE WHITE?

We use kettles daily as they can boil water FAST and efficiently compared to other known methods. It is not uncommon to see limescale In your kettle.

Water with a high dissolved mineral content, such as calcium bicarbonate and magnesium bicarbonate, is known as hard water. Around 60% of properties in UK have a hard water supply. Hard water is high in both mineral content and other dissolved solids. Hard water is rich in minerals and so has an average pH of around 8.5 making it high in alkalinity. Boiled hard water has an average neutral pH of 7. It is reported that people who live in hard water areas are known to have a reduced chance of heart attacks.

Naturally occurring minerals such as calcium bicarbonate and magnesium bicarbonate ions get into the water as it comes into contact with soluble sedimentary rocks containing calcium such as limestone, sandstone and chalk.

Limestone is a carbonate sedimentary rock that is often composed of the skeletal fragments of marine organisms such as coral, foraminifera, and molluscs. Its major materials are the minerals calcite and aragonite, which are different crystal forms of calcium carbonate (CaCO3).

Sandstone is a sedimentary rock composed of sand-size grains of mineral, rock, or organic material. It also contains a cementing material that binds the sand grains together and may contain a matrix of silt- or clay-size particles that occupy the spaces between the sand grains.

These minerals normally get into the water when rainwater filters through the ground and flows in rivers with sedimentary rocks such as limestone, sandstone and chalk to reservoirs.The naturally occurring calcium bicarbonate and magnesium bicarbonate minerals found in hard water are part of our dietary requirement and generally good for our health. Calcium carbonate is a vital organic naturally occurring mineral. Calcium is needed to build strong and healthy bones and teeth, muscles, nervous system and heart. Calcium carbonate is used as an antacid to relieve heart burn, acid indigestion and upset stomach. At the same time these minerals can be damaging to your household appliances and accessories in applications where water is heated and especially when heated and stored. Hence the name hard water meaning difficult to manage or difficult to work with.

Hard Water and It’s Effects on Your Kettle 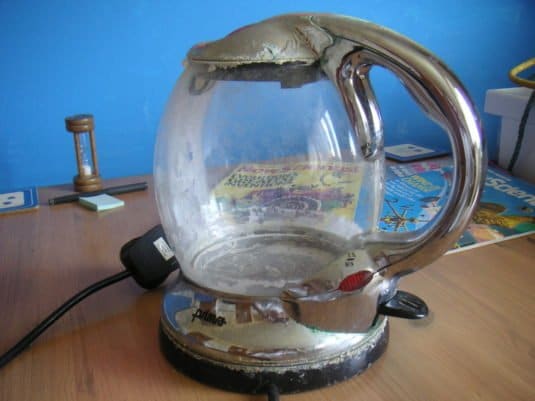 WHY DOES LIMESCALE STick to kettles?

There are two types of water hardness- temporary hardness and permanent hardness.

Temporary hardness is made up of dissolved calcium and magnesium bicarbonate minerals which can be removed from the water when boiled.

Permanent hardness is made up of calcium and magnesium sulfates which can’t be removed by boiling the water.

When water reaches boiling point it creates steam and evaporates, which causes dissolved calcium bicarbonate mineral deposits that are left behind to reform inside your kettle. When the excess boiled water in your kettle is left standing, the dissolved calcium bicarbonate minerals turn into calcium carbonate and reform which is now a solid form and will stick to the inside of your kettle and can be difficult to manage or remove if left untreated.

Does Limescale stop kettles from working?

Naturally occurring minerals known as limescale found in hard water can clog up your household appliances such as kettles and not only reduce their performance but also their lifespan. Allowing limescale to build up inside your kettle means appliances have to work harder and so can increase power consumption and running costs. Leaving boiled water standing in your kettle will allow time for limescale to reform and stick. As boiled water is left to dry inside your kettle the now solid calcium carbonate begins to form. Keeping your kettle clean will help maintain performance and increase its lifespan.

Is limescale bad to drink?

Limescale found in hard water is not harmful to drink, in fact some prefer the taste compared to soft water. Hard water is known to be beneficial for health. Most mineral waters for sale contain minerals such as calcium and magnesium as they are good for your body and immune system. 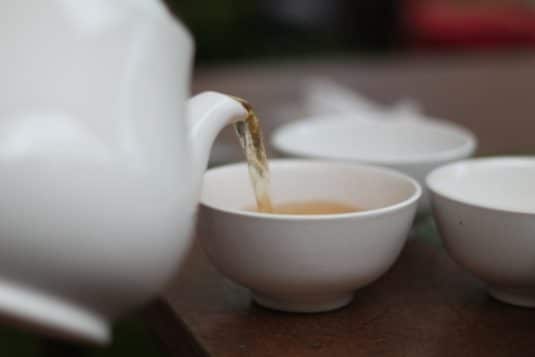